If you are around my age, early thirties *gasp* or even in your latter twenties, I think you will enjoy this station! I found Pop2K on Sirius, and I think it's like my favorite station EVER! They play everything from the first decade 2000-2010. I love it because they play stuff that I use to jam to in college and early graduate school. You know the stuff you played as loud as it could go while you and your girlfriends were getting ready for a night on the town! Look at this jam they played the other day: 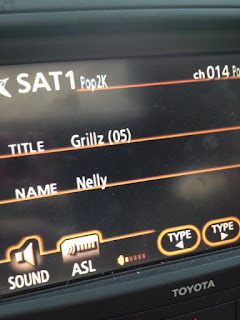 Bwahahahaha! I had totally forgotten about this song. They also play a lot of N*Sync which I LOVE!! Not to mention, on the way to work yesterday, I heard Ashanti and JaRule. Remember them?!?!?!? It's fun because usually when something pops on it brings back memories of something I was doing in college. Btw, the station is #14 on Sirius*.
.

Posted by southernbellejm at 10:17 AM

I have Sirius but have never listened to this station. CLEARLY I need to scroll around a little bit.