My friend, C, and I threw our friend Beth a baby shower. She's having twin boys around February or earlier. Figured it would be best to throw it now because of the holidays and in case, the boys came early. 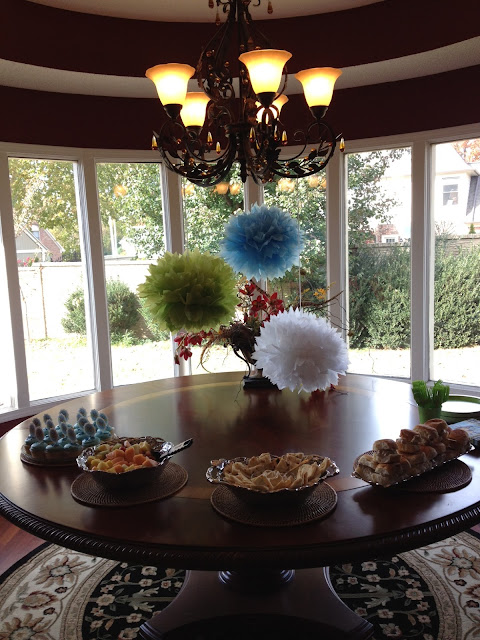 I love poms. I'll admit; I cheated and bought them. They were like 7 bucks a pack. SO much easier than cutting and putting it together myself. We had the shower at C's house. Don't you love that table and the circular dining room! It's my fave room in her house. 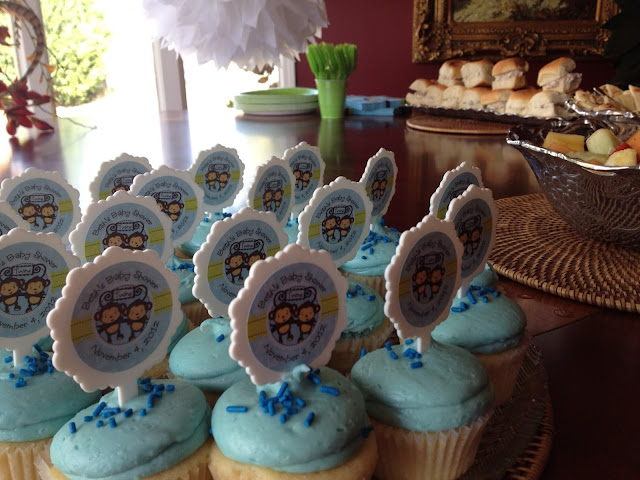 Muddy's cupcakes instead of a tradition shower cake. SO SO SO yum. You local girls know what I'm talkin bout. 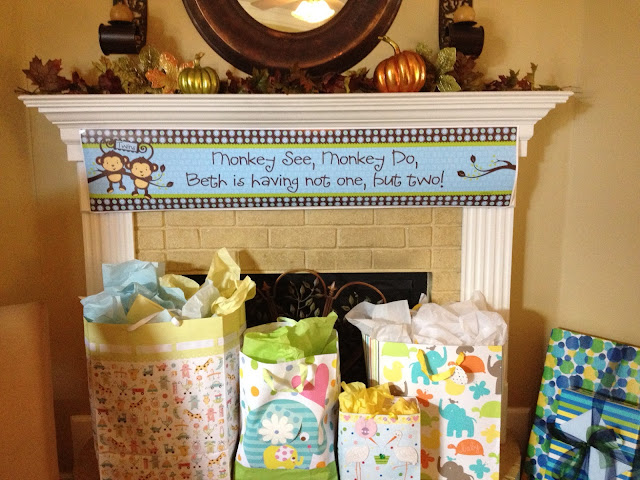 Loved the banner. Monkey See, Monkey Do. :))))) Btw, the invitations matched this. C picked it out the theme, and I think it was absolutely adorable! 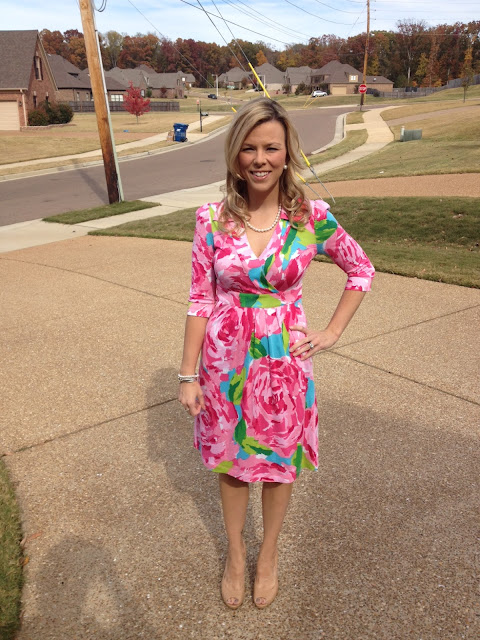 Last but not least, the outfit. Okay, don't judge. I'm all springy in the middle of November. I had planned to wear my navy/green ring pop Evie considering it was like 82 on Saturday. However, when I awoke on Sunday, it was so cold. And who would have known, that I do NOT on a navy cardigan. I mean did you read that. I DO NOT own a navy cardigan. Who doesn't have a navy cardigan?!?!?! In case you didn't know. THIS GIRL. That's who. Duly noted btw. It was the only thing that had sleeves that was clean and didn't need to be altered. Definitely inappropriate, but so pretty. ha!

Y'all I made it. I blogged for 31 days, albeit not in a row, but thirty-one nonetheless.

Posted by southernbellejm at 5:40 PM

I love the dress, springy or not! The monkey see monkey do quote is precious!

I love the outfit - bright colors fit in anytime of year.