Hmmm, so on the last post I told you the doctors said I didn't ovulate. I had taken a pregnancy test a couple days before and was hoping...it came out negative. The results from the doctor weren't surprising to me.

A week late? nothing abnormal over here. Now, I was two weeks late. That hasn't happened in the past six months. I knew I was just late. Bloated, uncomfortable, breaking out... I knew there was no baby. LC couldn't believe I was two weeks late. One morning, he was like you are never this late. You might be pregnant. I kept telling him no, I'm not. I know I'm not, but the look on his face was one of "you don't know that." So to appease him, I took the other pregnancy test in the drawer. He set the timer on his phone, and well, it went off and still negative. He looked sad. I was sad. This was exactly what I was trying to avoid, but alas, what do you say? What do you say when you and your husband want a baby, but your body betrays you? I don't know. I don't have that answer.

So, I sit here today organizing my Scentsy products in our upstairs room in a child's toy organizer. 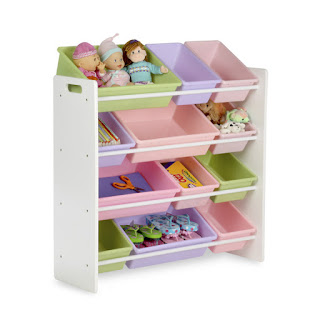 Granted, I ordered the organizer specifically for this purpose, but I can't help but think will we be lucky enough one day to be putting one of these together for our own child? I guess I'll just have to keep praying...

Posted by southernbellejm at 12:55 PM

Prayers your way sweet girl. I can't imagine. Try not to stress, it will only hurt the process more (easier said than done I know). I can't imagine going through this. Trust in god and trust in yourself. When the time is right it will happen and make you so happy beyong belief.

I 100% know what your going through. It's awful, and it just feels like you can't do anything to control It. I am going through the same thing right now.... It'll happen, just keep your chin up.

Hang in there lady, sending prayers your way<3

You are not alone. My husband & I are on the same journey you are. It's hard, frustrating, and can make you feel like such a selfish person, well at least for me. If you ever want to chat, I'm here. Jeremiah 29:11 :)

Oh friend. I am so sorry. Wish I could say something that would make it better. :(

This broke my heart. I'll say a special prayer for you.

Sorry for what you are going through, I just came across your blog and love it, you seem like such a sweet person and I believe good things happen to good people!! It will happen!!

I know how it feels. I am going through the same thing at the moment! I am sending lots of good baby thoughts your way!

i do think you will be lucky enough!!!
i am adding your "family" to my prayer list!!!xx

I'm so sorry to hear this. Sending you good wishes.

Thinking of you. I've been there and lived it. It's discouraging every month. Make sure to keep track of your cycles (# of days long), it will help with the course of action. There is a lot that can be done to help, don't lose hope!