So, how should I respond?

So, if you've read my previous post and a past post, then, you know the trouble I've had out of LC's brother's girlfriend. I didn't go into detail on my previous post, but I will now. The night this happened *again*, we were both going to our friend's birthday dinner. Evidently, she had planned to go over the bday girl's apartment to change clothes after work and pick her up. Bday girl didn't answer the phone, and that is how she ended up at my place. Well, I am a non-confrontational person for the most part. I will speak my mind which has gotten me into trouble more times than I can think and have learned to pick and choose my battles. But, this time, I'd just reached my limit. Sometimes, I can be like a ticking time bomb...literally. It didn't help the bday girl's dinner was at a Mexican restaurant and well, let's just say tequila makes me a tad more feisty than I already am. After a margarita or two, I started cracking jokes to my friends at the end of the table about living in a small space and having a dog which makes my apartment "smell". Granted, I was not talking to her, but I was in no way whispering either. Yes, it was not mature to do that, but it sure made me feel better. On the next stop, LC and his brother met up with us. Brother's girlfriend was telling LC that we were talking about her behind her back umm, how are we talking behind your back when it's being said out loud in your presence...that one still gets me and that we were acting immature. LC was like what you said was the RUDEST thing I've ever heard someone say when you're in their home. Of course, he said that she shut up immediately.
So.......Friday night after LC and I got out of dinner, I had a voicemail on my iphone. It was her. She called to say she was sorry and that she shouldn't have said what she said. She also made the statement that what she said was taken as mean and that is not how she intended it to be.
Okay, I'm sorry when you come over and say someone's house stinks, and it's NOT the first time you've said it how are they supposed to take it. I mean I think anyone would take offense to it. I thought I was going to see her at my bestie's bday on Saturday, but she was out of town at a wedding. 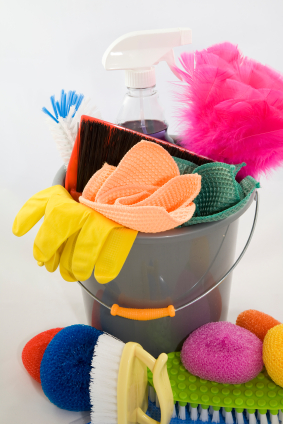 I haven't responded for 1) I whipped this apartment's a$$ yesterday. And yes, it smells like a Bath & Body Works in here and 2) I stayed home from work today sick. Awhile back, I was put on the generic form of Ortho-Tri Cyclen* and it makes me nauseous about an hour after I take it. It subsides after about 30-60 minutes, but last night it kept me up all night:( So, now I'm asking how would y'all respond? What would you say?
Posted by SouthernBelleJM at 12:23 PM

I was on that exact same pill and had the exact same problem. I'd take it around 1:00(with lunch--easy to remember), and by 6:30-7 felt nauseous, couldn't eat dinner, and would put myself to bed at 8:30 or 9 just to sleep through it. This would last the entire first week of the month and about 1/2 through the next. and then repeat each month.

I started taking it at 8:30 and had no problems in the morning(I've switched to a new pill this month). I did note that one time I took it later than 8:30--around 10:45--and woke up still sick. I'd try timing it where you'll sleep through the sickness.

i would say "thanks for apologizing" short and simple.. this girl seems like she likes the attention so dont get her any : )

Hmm.. this is a toughie! I don't know the "right" answer but I guess what I would do was wait until you see her in person and then pull her aside so it's just the two of you and confront her/tell her how you feel. I feel like that may be your best bet...

I would accept her apology, take the high road and let it go. Make sure LC knows you would rather limit the time you have to spend with her and drop it. You and LC have adult things going on and she is a child. Leave her and her rude comments in the past. She was probably embarassed and hopefully has learned a lesseon.

Hmmm..... By no means am I saying that what she said and did, recently and in the past is okay, But..... It does take a lot for someone to say they are sorry, so I am happy that she acknowledged that what she said was NOT okay. I would accept her apology and see if things change, if they don't then say sianara!

I hope you feel better very soon friend!!! As for the girlfriend, I'm not sure how I would respond. How in the world was her statement not intended to be mean. It was plain out rude! I guess I would just thank her for the apology and that would be it. Maybe you and LC helped to teach her some manners!

Girl, I'd just take the apology, for whatever that's worth, and just let it go. Doesn't mean you have to be friends with her, but you can just let go and move on!

I would tell her thanks for apologizing and leave it at that. If you talk it over with her she will just say she didn't mean it that way and you obviously know she did. Don't give her your time to lie about it.

i say take the high road and accept her apology, however sincere it might have been. she's clearly looking for attention so don't fall for it-just move on and hope she gets over her attitude, now that she's been called out on it.

Well, kudos to her for at least having the guts to call you and apologize. I don't know why she said it wasn't meant to be taken as mean, because it sounds pretty mean to me, but at least she said she was sorry.

As for your response, I think that the best one would be short and sincere. Call her up and say something like, "I'm just calling to let you know that I got your voicemail. Thanks for apologizing. I appreciate it", and wish her well. Hopefully, you won't have to interact with her too much after this.

I have no idea how to respond to your fiances brothers girlfriend. She was rude, but apologized. So maybe just let her know you accept her apology and let it be?

As for the pill, it did that to me too. It's evil. I started taking mine right before bed. That seemed to help a little bit.

First remove all expectations of working things out with her. If you feel you have to acknowledge her apology because you are going to be forced to be around her then I would just nicely thank her for the apology over the phone, pray for voicemail to pick up. It probably will because she won't want to speak with you. I wouldn't even bother telling her she was rude or that she offended you. Short and simple and let it go. But next time she pulls something like that call her on it right away in front of everyone. Hope it works out. I'm dealing with a really ridiculous situation in my life right now too.

I would let her be, you don't need to respond unless she leaves another message.

Oh the nerve! I'm telling you my problem is so similar!!! She plays such the nice person to everyone around me and she is sooooo good at putting on a front! I wouldn't respond. I would cut all ties to her and just tell LC's brother how you feel! Her behavior is unacceptable and the longer people keep letting her get by with it the worse it will get and the more miserable you will become if you have to be around her.

Some things are best left unsaid. I would just ignore her for a while.

I would accept her apology and move on. If she dares to say anything like that again I would take her aside and directly confront her. At that point she will have to known it is coming and there is already an open dialouge so it can be approached more easily.

I wouldn't respond at all. Try to play nice next time you see her, see how she reacts and see if she says anything else snooty. If she does, its puggie poo for her!

hi! hope you are feeling better!! What a dilemma you are in...That was totally rude of her to say that...FOR SURE!! I guess my thinking is...is your BIL really serious with this girl? Could she possibly be family one day? If so, I think I would just come out and be totally honest with her about your feelings and tell her that you are willing to start over if she is willing to respect your home {I am ONLY just saying this because you dont want to spend 30 or so years having to deal with her crap.} And this way you can honestly say you gave it 1000% in trying to keep the peace if she does anything else stupid and you have to cut her off for good. Now if it is not a serious thing...I'd just thank her for the apology and just see how things go from there. Hope it all works out for ya!!! These situations are always sticky....trust me I KNOW. haha

She really is unbelievable. Having said that, it seems like simply accepting the apology and moving on would be the best thing for you, in terms of being able to take 'high road' and also not generating more angst and stress for yourself.

I actually just wouldn't respond. Maybe that's wrong, but it's just me. What she did/said was really inexcusable and it's sad that she had to have someone point it out to her rather than noticing it herself.

I've been reading your blog lately...I love it!