Umm, take it off please 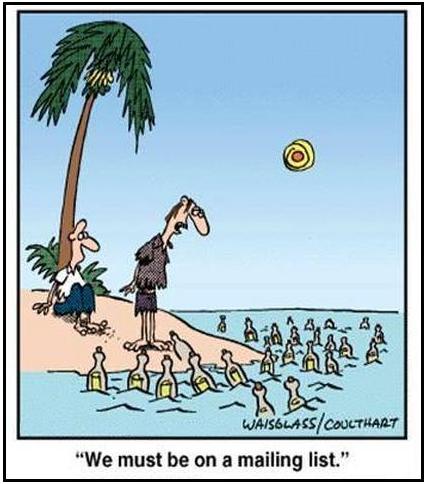 I admit to having my mind in the gutter 75% of the time, but sorry, ladies, this is not one of those times. However, I wouldn't mind if John Mayer, albeit douchebag or not depending on your opinion,douchebag in my book, but still pretty to look at nonetheless took his clothes off, but still, I digress....

What I want taken off is MY EMAIL. I switched JL groups after our first small group meeting. I knew I'd be moving from my chic, city lifestyle to BFE soon; so, I figured I might as well just go ahead and start with the new group ok, who am i kidding. i was shacked up, living in sin with LC and Puggy, who do NOT get along btw, in a small, TINY 800 sq. ft apartment. chic? i think not. Since there had only been one meeting in September, I thought by going ahead and switching groups I could get to know the girls in my new group versus being the "transfer" girl in the middle of the provisional year. The next month in October, the advisor had kept me on the email list for the downtown group. Not a big deal, simple mistake. I emailed her reminding her that I wasn't in the group anymore. I just wanted to make sure I'm being accounted for at things in the right group vs me not being accounted for at all. The next month rolls around, and I get emails. I had set up my JL email to go to my work email; because, I will A) open it B) put it on my calendar. But, the advisor sends out MASS emails. Which, this means the downtown girls reply all to these. It gets annoying hearing your inbox beep every few seconds. It happened again the following month, and I didn't say anything. Then, last week, I received another mass email from the previous advisor with quite a few reply alls following there afterwards. I, politely, emailed her AGAIN to take me off the list in case she had forgotten. She apologizes saying that often she just opens up old emails and replies to them with the new information. Whatever. Then, on YESTERDAY, I receive ANOTHER mass email from the advisor again. I look, and she did EXACTLY what she said in the last email. She just opened up a previous one and sent the new information through it. HOW FREAKING HARD IS IT WHEN YOU OPEN UP AN OLD EMAIL TO ERASE MINE FROM THE "TO" LINE SO THAT WHEN IT SENDS I WILL NO LONGER BE ON THE EMAIL CHAIN. IF YOU TAKE IT OFF, THE NEXT TIME YOU ARE TOO LAZY TO COMPOSE A NEW EMAIL YOU WILL NOT HAVE TO BOTHER HAVING ME EMAIL YOU  AGAIN BECAUSE YOU WILL HAVE ALREADY DELETED MY EMAIL OFF OF THE RECIPIENTS.

Ok, sorry for the rant people, but I mean seriously. After the second time, HOW HARD IS IT TO JUST ERASE AN EMAIL FROM THE "TO" LINE.

I'm through ranting. That is all.
Posted by SouthernBelleJM at 1:27 PM

I agree that is ridiculous... if you don't want to change the address line, then why not create and save a group in your address book for the JL, that way it's easy to update and people who aren't in the group don't get inundated by emails. Furthermore, I detest reply all about 95% of the time, occasionally it is useful, but those occasions are few and far between.

On a fun and happy not one of my blog friends is competing in a contest designing one of the big windows at Bloomingdale's, drop by my blog and check it out!

That's super annoying. Almost as annoying as people who always "reply to all." So not necessary! I hope you manage to escape the email craziness soon!

That's so annoying... it's awful that she's too lazy to do it and also because she just doesn't seem to care about your requests and make a conscious effort to take you off the list.
ugh.

That is so annoying, it is not that hard. It doesn't seem that complicated. I will never reply all ever again my coworker CC'd me on this email and I accidently hit reply all and emailed her back a funny response and the client emailed us both back letting us know he received my funny response, thankfully it was witty and not bad but still super embarrassing!

Ugh, I know what you mean! My email address is my first and last name all together, but there is another girl that apparently lives in Australia who's email is almost exactly the same - it has a "." in between the first and last names. I get emails for her ALL THE TIME, some with private financial information, information about her kids, their school schedules, grades, yada yada. I can't tell you how many times I've emailed people, telling them to be more careful. I get all sorts of mass emails for some swimming club she signed up for, too. Annoying as heck!