I'm not MIA...school started for me on Wednesday, and I've been trying to get used to getting up early again. Plus, I did my manager at my second job a favor by picking up some extra shifts this week while the college kids are taking vacays before the university is back in session. 10 hour working days = a tired girl!

On the last post, I forgot a couple of things.

I totally forgot to post where we ate for lunch on the last post. There's a little place on Broughton called Kayak Cafe. Locals were eating there for lunch so we decided to try it since it was close in proximity to our hotel and Reynolds Square. 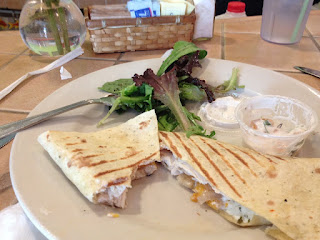 I had the goat cheese and caramelized onion chicken quesadilla. It was yummy! I totally recommend this place if you're popping in for something cheap and fast to eat without being fast food.

Also, after our boos and brews tour, we stopped by and had ice cream. During the summer, I LOVE to eat ice cream. Nothing like a cold, tasty treat when you're hot. We went to Leopold's which is on Broughton Street and very close to our hotel. It was like taking a trip back in time to the 50s to an ice cream parlor. 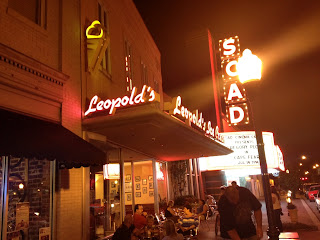 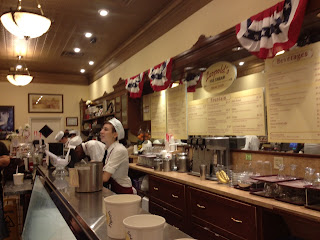 I had the caramel swirl, and I believe LC had the butter pecan. So yummy:))))))) 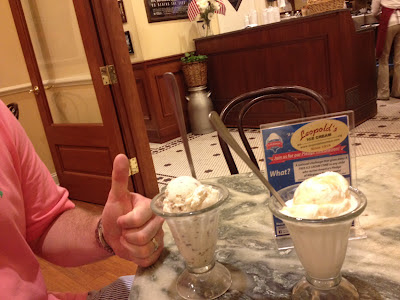 Posted by southernbellejm at 4:48 PM

That quesadilla looks amazing - I love all types of quesadillas.

you have really made me want to visit savannah. i've never been and it is definitely on my list!